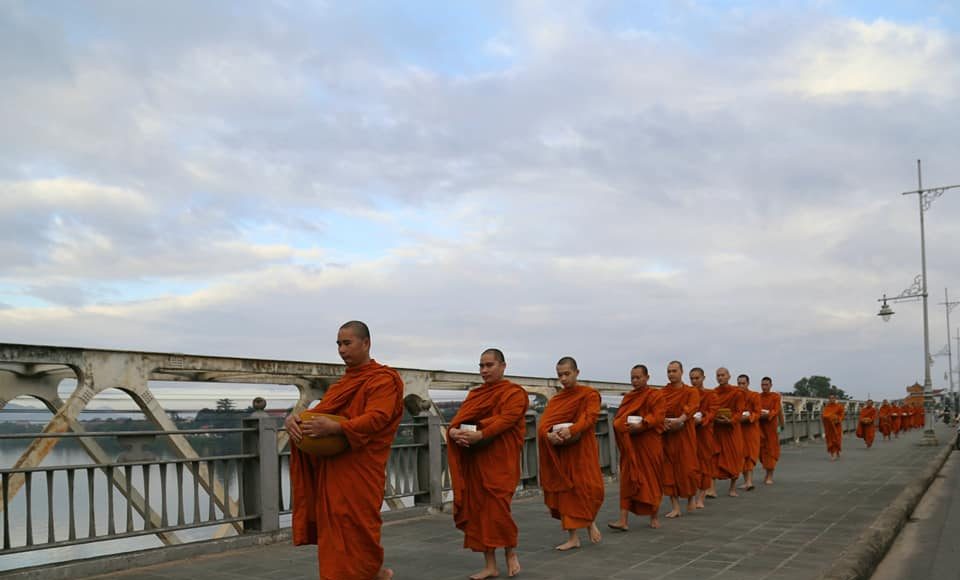 Buddhism was introduced into what is now called Vietnam by missionary monks from India in about the 1st or 2nd century AD. For several centuries the main Buddhist tradition there was the Savakayana but gradually Mahayana came to be predominant. In 580 AD the Ch'an school was introduced from China by the Indian monk Vinitaruchi and this has remained the most popular type of Buddhism up until the present. From the 18th century onwards Buddhism was severely disadvantaged by the French colonial government and Catholic missionaries made large numbers of converts. From the 1950's the communists in the north and the Catholic Diem government in the south both bitterly persecuted Buddhism, a situation which has become worse since the communists gained control over the whole country in 1975. Today many Vietnamese monks and nuns live in exile and some of them, notably Thich Nhat Hanh, have become major interpreters of the Vietnamese Ch'an school of Buddhism to the West.