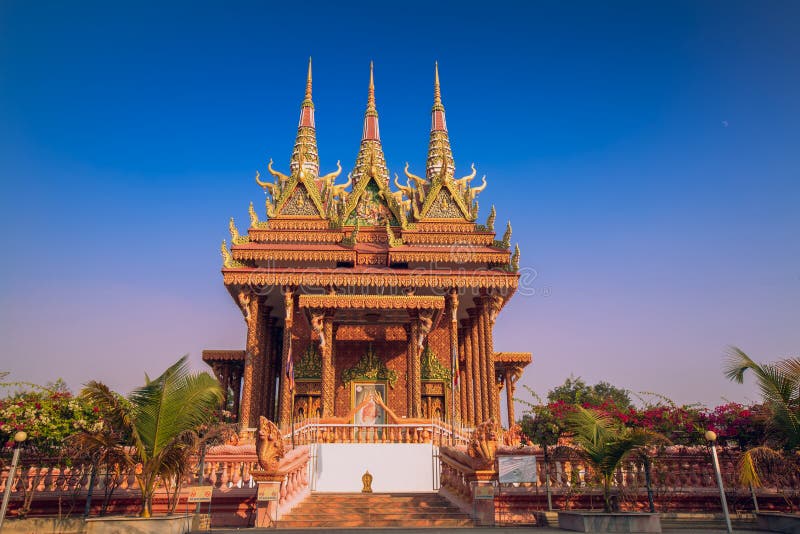 The early history of religion in Cambodia is obscure although, as in Thailand, a mixture of Mahayana and Hinduism predominated until the 13th century. After then, Theravada became the main type of Buddhism. Thailand had an important role to play in this change, but so did missionary monks from Sri Lanka and Cambodian's studying in Sri Lanka. For example, it is known that the son of the country's greatest king, Jayavarnan (1181-1218) became a monk in Sri Lanka and studied there for some years.

In 1975 when the communists took control of Cambodia they tried to completely destroy Buddhism and very nearly succeeded. By the time of the Vietnamese invasion in 1979 nearly every monk and religious intellectual had been either murdered or driven into exile, and nearly every temple and Buddhist library had been destroyed. Today Buddhism is struggling to re-establish itself although the lack of Buddhist scholars and leaders and the continuing political instability is making the task difficult.