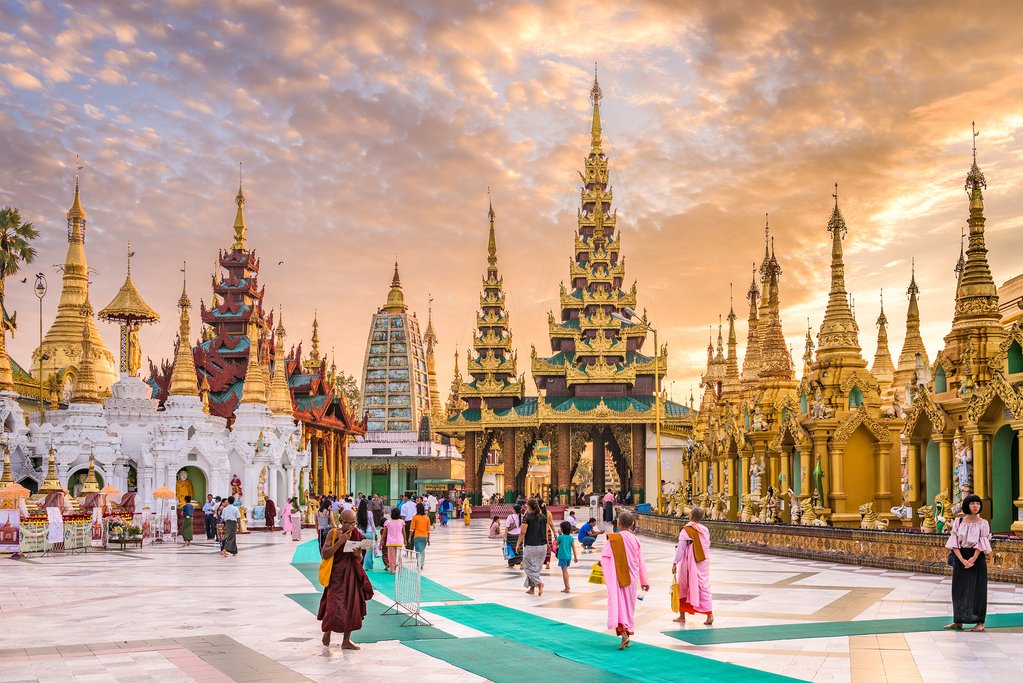 Along with Sri Lanka and Thailand, Burma, recently renamed Myanmar, is the major stronghold of Theravada Buddhism. The earliest written evidence of Theravada in the country is some inscriptions in Pali dating from about the 5th century AD. In later centuries though, Mahayana and Tantra became popular although the scandalous behaviour of the Aris, the Tantric priesthood, eventually led to the discrediting and finally the disappearance of Tantric Buddhism. In the 11th century AD King Anawrahta (1044-77), converted to Theravada and within two centuries this form of Buddhism became predominant. This conversion of the whole country was helped to a great degree by the flood of monks and books from Sri Lanka.

The British annexed lower Burma in the 1820s and finally took over the whole country in 1885 although intense opposition to them, meant that Christian missionaries were unable to make much headway. At independence in 1948 Buddhism once again began to receive state support and today about 89% of all Burmese are Buddhists. In the late19th century there was a great religious revival in the country, and in this century the teachings of two Burmese masters, Mahasi Sayadaw and U Ba Khin, a layman, have become very influential in the West.

N.R.Ray, An Introduction to the Study of Theravada Buddhism in Burma, Calcutta, 1946;
R. Bischoff, History of Buddhism in Myanmar, Kandy, 1995;
M. Bode, The Pali Literature of Burma, London, 1909.