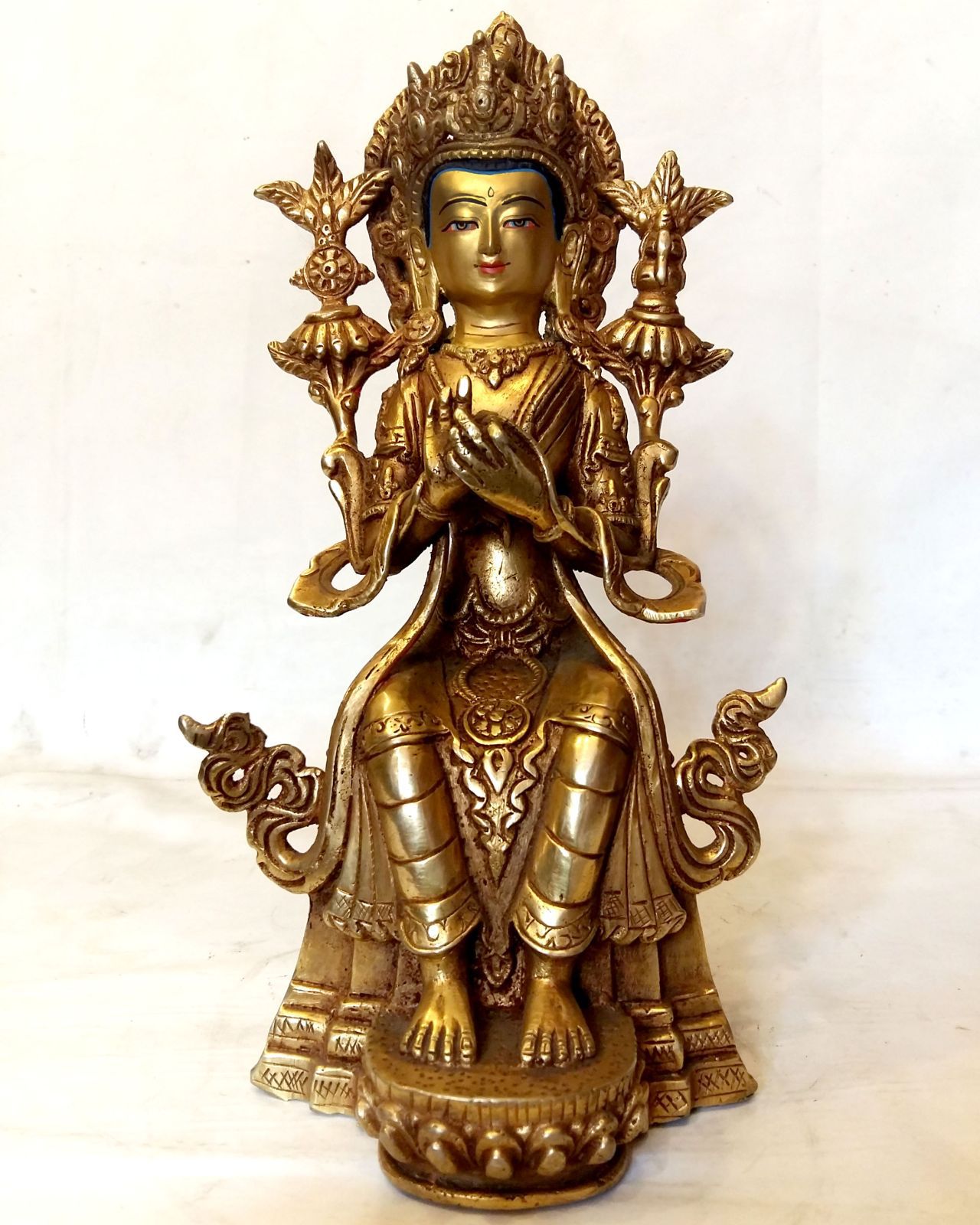 A Bodhisattva now abiding in a heaven realm who in the distant future is due to become the Buddha of the next era. Meaning "The Loving One" or "The Friendly One", Maitreya is first mentioned in the Digha Nikaya of the Pali Tipitaka making him the earliest bodhisattva and the only one mentioned in the text of both the Theravada and the Mahayana traditions. Maitreya is believed to often appear on earth to help people and particularly to teach the Dhamma.

In ancient times during periods of political and social crisis worship of Maitreya would become very fervent and often give rise to millenniumist movements. Like , Avalokitesvara Maitreya is usually depicted as a young prince only he has a stupa in his crown and is sitting on a throne in a 'Western' posture.

See the Maitreya Project Website for a project which is building a large statue of the future Buddha Maitreya in Bodh Gaya, India.