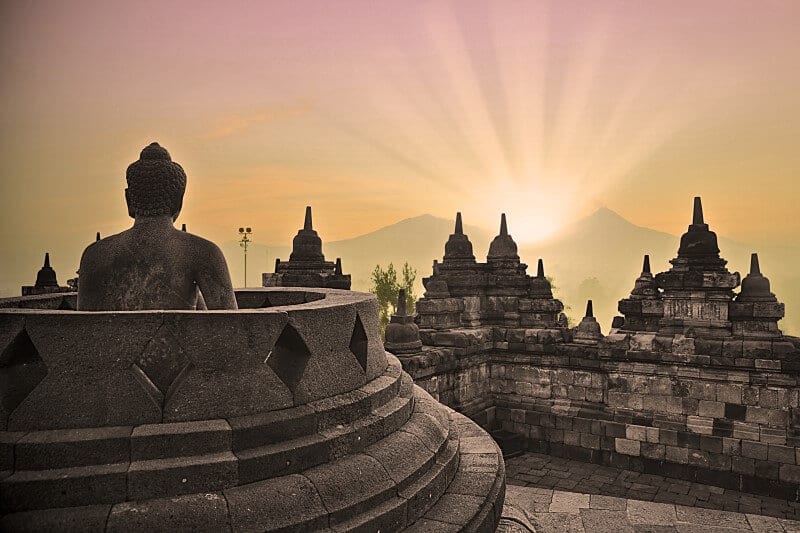 A title given to the founder of a religion now called Buddhism. He was born in the Sakyan clan in northern India and given the name Siddattha meaning "He who achieves his aim". His family name was Gotama and his father Suddhodana is said to have been a king although he was probably more like a clan chief. His mother, Maha Maya, died a few days after his birth and he was brought up by his aunt Maha Pajapati Gotami. Little is known about his early life beyond that he was brought up in great luxury, married at an early age and had one child, a son named Rahula. At the age of 30 he renounced the world to become a wandering monk, studied with two teachers, leaving each in turn when he felt that their doctrines were inadequate, and experimented with self-mortification. Then at the age of 36 while meditating at the small village of Uruvela he attained Nirvana after which he was known as the Buddha, a title meaning "the Awakened One" or the "Enlightened One". For 40 years the Buddha travelled widely throughout the Ganges valley teaching his Dharma and making disciples. Finally he passed away while surrounded by many of his disciples in the village of Kusinara in his eightieth year. His last words were" Now I say to you: all conditioned things are impermanent, strive on with heedfulness" (Vayadhamma sankhara. Appamadena sampadetha).