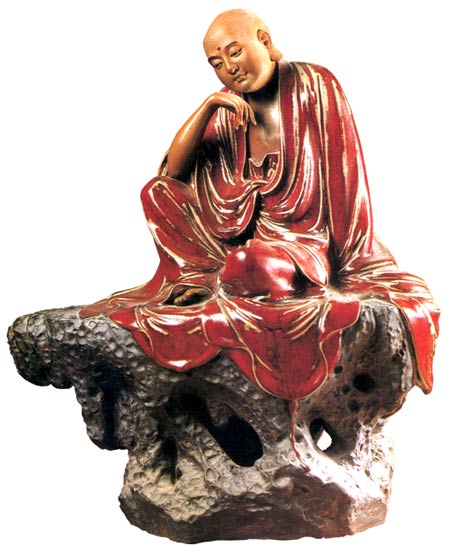 Pondering and meditating,
Understanding it all.
Above this world and free from conventions,
Compassion conveyed up to the Ninth Heaven.

Rahula is the Indian name of a constellation. In ancient India, it was believed that eclipses were caused by a star coming between the earth and the moon or the sun; blocking out the light. This lohan was born during a lunar eclipse and was given the name Rahula, the constellation that caused this phenomenon. Rahula was one of the Buddha's 10 favourite disciples, and was well-known for his meditative power. It is believed that he could become omnipotent and omniscient during meditation. When deep in thought, he was ruminating wisdom and action.