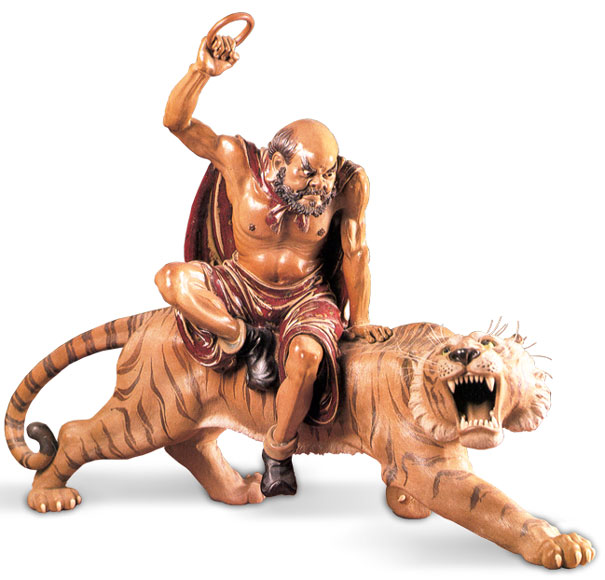 Pindola was a Brahmin and a general. Because he was devoted to Buddhism, which forbids killing, he was ordered by the king to become a monk. He joined a monastery in the mountains where he could hear a tiger howling every day. He said that the tiger was probably hungry and should be fed some vegetarian food. Otherwise the tiger might become a man-eater. So Pindola collected food from the monks and put it in a bucket which he left outside the monastery. The tiger did come for the food every night. After a period of time, the tiger was tamed. Thus Pindola was referred to as the Taming Tiger Lohan.