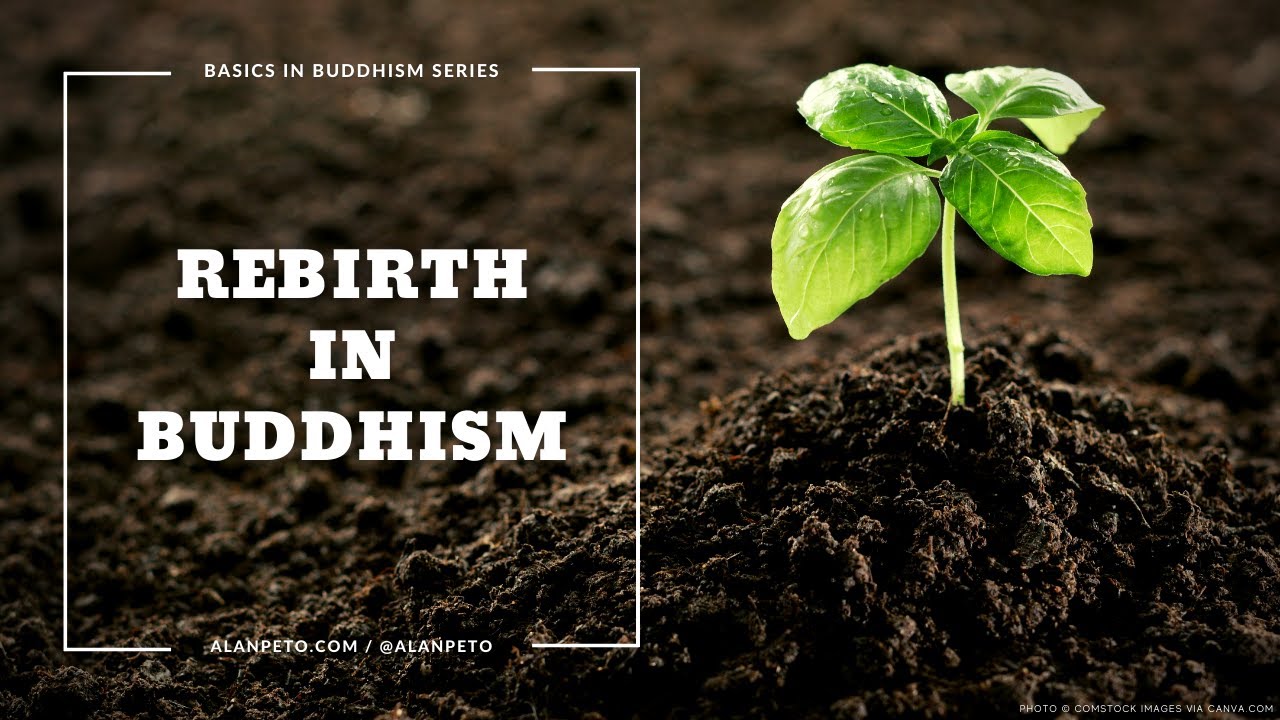 Buddhism teaches that when a person dies they are reborn and that this process of death and rebirth will continue until Nirvana is attained. This raises the question : "What is the person?" Most religions believe that the core of the person, the real person, is the soul, a non-material and eternal entity that survives in the afterlife. Buddhism on the other hand says that the person is made up of thoughts, feelings and perceptions interacting with the body in a dynamic and constantly changing way. At death this stream of mental energy is re-established in a new body. Thus Buddhism is able to explain the continuity of the individual without recourse to the belief in an "eternal soul", an idea which contradicts the universal truth of impermanence. Different Buddhist traditions explain the process of rebirth differently. Some say that rebirth takes place immediately, others that it takes 49 days. Some say that there is an intermediate state (antarabhava) and others that there is not. All agree however that the circumstances into which one is reborn is conditioned by the sum total of the kamma created in the previous life.

Critics of the Buddhist doctrine of rebirth say that if there is no soul, only a changing stream of mental energy, then there could be no identity and thus to talk of a person being reborn or experiencing the results of good or bad actions done in the past, is meaningless. However this criticism fails to understand the phenomenon of identity in change. Even within a single life we can notice a person change, sometimes quite dramatically, and yet still be able to recognise them as the same person. This is possible because different aspects of the person changes at different velocities. For example, the complexion and amount of wrinkles on a person's face may change with age while the general shape of the face changes little. Again, a person may change their beliefs while holding them with the same intensity as they held their former ones or perhaps retain the same beliefs but in a more moderate way than before. To use a simile - the Ganges River is changing every moment and over the centuries its width, its course, the quantity and quality of the water it contains have all changed and yet it can still be recognised as the same river. Thus the idea of a dynamic personality does not contradict the idea of identity.

Other critics claim that rebirth was not a part of the Buddha's original teachings or that the Buddha copied the idea of rebirth from the Hindu doctrine of reincarnation. Both these claims are contradicted by the evidence. The doctrine of rebirth is an integral part of the earliest records of the Buddha's teachings as preserved in the Pali Tipitaka and there is no evidence that it is a later interpolation. An examination of pre-Buddhist Hindu literature shows that the idea of reincarnation or rebirth was not widely accepted. It is not mentioned in either the Vedas or the Brahmana Sutras. Several Upansads teach it while others condemn it as heresy. So the idea was apparently current before the Buddha but it was not widely accepted and it was certainly not a part of orthodox Hinduism, something that only happened much later, probably as a result of Buddhist influence.