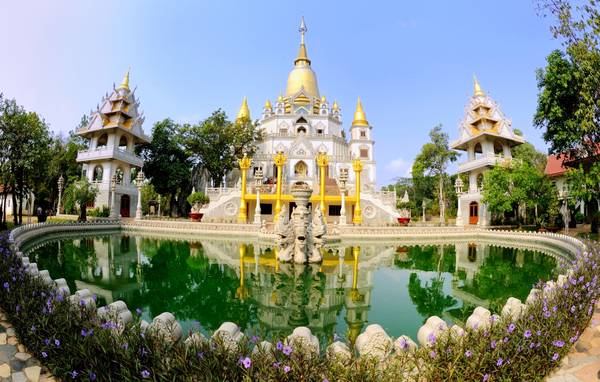 Buddhism came to Vietnam in the first century CE [1]. By the end of the second century, Vietnam developed a major Buddhist centre in the region, commonly known as the Luy-Lau centre, now in the Bac-Ninh province, north of the present day Hanoi city. Luy-Lau was the capital of Giao-Chi, (the former name of Vietnam), and was a popular place visited by many Indian Buddhist missionary monks on their way to China, who were following the sea route from the Indian sub-continent used by Indian traders. A number of Mahayana sutras and the Agamas were translated into Chinese script at that centre, including the sutra of Forty Two Chapters, the Anapanasati, the Vessantara-jataka, the Milinda-panha, etc.