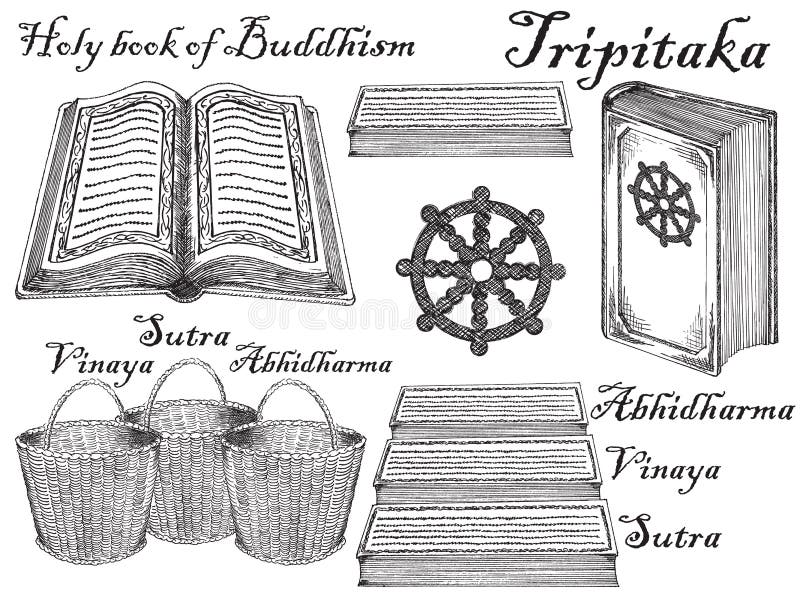 The first part of the Pali Tipitaka, called the Sutta Pitaka, contains all the discourses of the Buddha and is divided into five parts:

( For the other two parts of the Pali Tipitaka see Vinaya Pitaka and Abhidhamma Pitaka).

According to tradition, the Pali Tipitaka was recited and arranged at the first Council and then orally transmitted until finally committed to writing in about 100BC in Sri Lanka. Large parts of it were also translated into Chinese and included in the Chinese Tipitaka.

K.R. Norman, Pali Literature, Including the Canonical Literature in Prakrit and Sanskrit of all the Hinayana Schools of Buddhism. Wiesbaden, 1983.
W. Geiger, Pali Literature and Language. Calcutta,1943.
Guide to the Tipitaka. Bangkok, 1993.
S. Bodhesska. Beginnings - The Pali Suttas. Kandy, 1984.