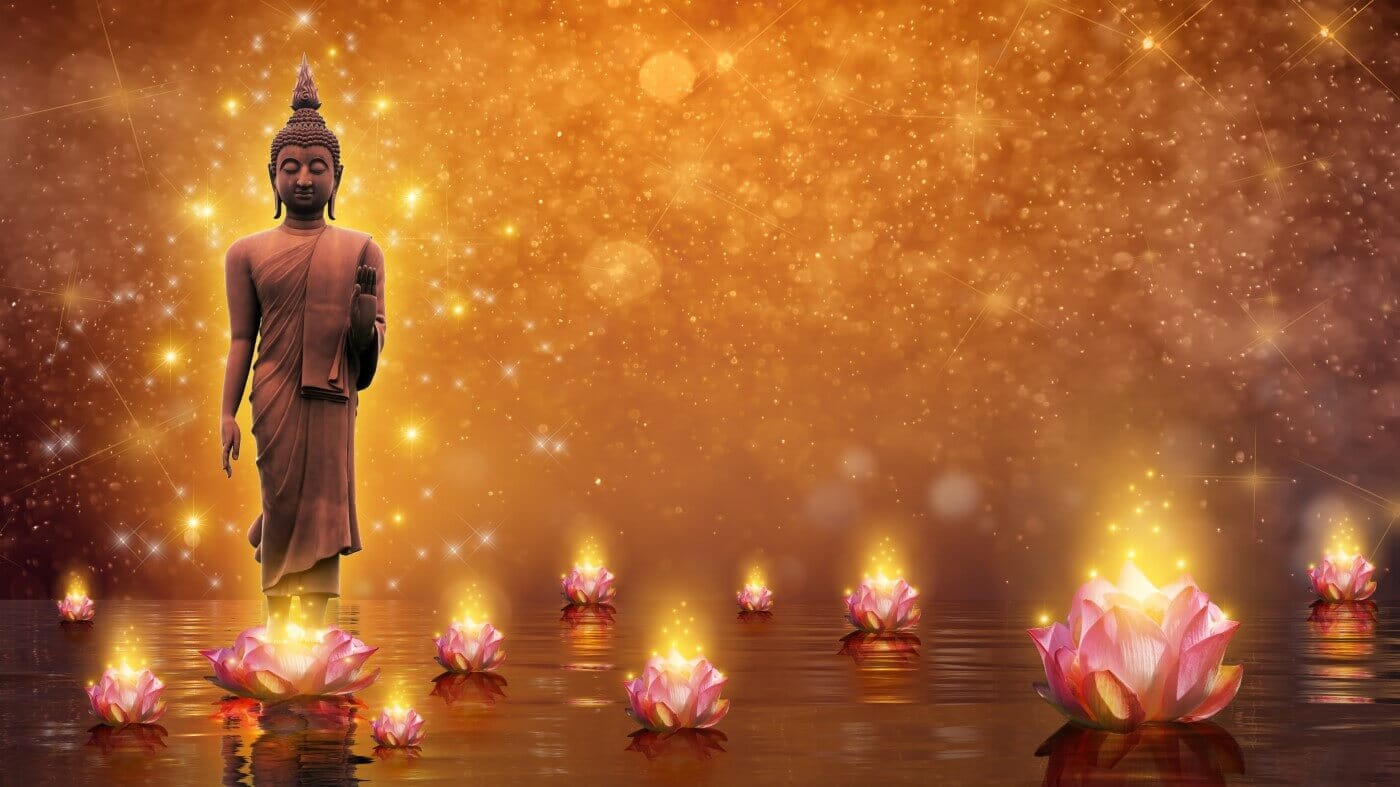 Takuhatsu: (Japanese) To show the bowl, the walk taken by monks or nuns through towns near the temple to accept gifts of money or rice.

Tanha: (Pali) Lit. 'thirst': 'Craving' is the chief root of suffering, and of the ever continuing cycle of rebirths.

Tantra: (Sanskrit) Any text from a group of later mystical writings.

Tantrayana: Also called Vajrayana. A school of esoteric Tibetan Buddhism. It emphasizes not only meditation but also the use of symbolic rites, gestures, postures, breathing, incantation, and other secret means.

Tathagata: (Pali/Skt.) Literally, "one who has become authentic (tatha-agata)," an epithet used in ancient India for a person who has attained the highest religious goal. In Buddhism, it usually denotes the Buddha, although occasionally it also denotes any of his Arahant disciples.

Tathata: (Sanskrit) 'Thusness' or 'Suchness', used for the ultimate and unconditioned nature of things.

Teisho: (Japanese) To present the shout; the roshi's Dharma talk.

Theravada: (Pali) The "Teachings of the Elders" - the only one of the early schools of Buddhism to have survived into the present; currently the dominant form of Buddhism in Thailand, Sri Lanka, and Burma.

Therigatha: One of the books of the Pali Tipitaka meaning " The Verses of the Nuns" and the earliest corpus of poetry by a woman from ancient India.

The Three Jewels: Or the Triple Gem, i.e. the Buddha, the Dharma, and the Sangha, which are the three essential components of Buddhism. They are the objects of veneration. Buddhists take refuge in them by pronouncing the threefold refuge formula, thus acknowledging themselves to be Buddhists.

T'ien t'ai: (Japanese: Tendai ) One of the schools of Chinese Buddhism.

Ti-ratana: (Pali) 'Three Jewels' or Three Gems, which by all Buddhist are revered as the most venerable things, they are: the Buddha, the Dharma and the Sangha.

Ti-sarana: 'Three-fold Refuge', in which every faithful adherent of the Buddha but his/her trust, consisting in the Buddha, Dharma and the Sangha.

Tokudo: (Japanese) Ordination as a trainee for the priesthood.

Transmission of the Lamp: A record of the lives and sayings of Zen masters from the earliest days to the tenth century, compiled in 1004 by Tao-yuan.

Trikaya: (Sanskrit) The three 'bodies', kaya, or vehicles of manifestation of the Buddha; Dharma-kaya, Sambhoga-kaya and Nirmana-kaya.

Tripitaka: Tripitaka in Sanskrit, Tipitaka in Pali. The three parts of the Pali canon are: Sutra-Pitika (Sanskrit) or Sutta-Pitaka (Pali), or the Sutra Basket, which are the discourses attributed to Shakyamuni Buddha. Vinaya-Pitika (both Sanskrit and Pali), or the Ordinance Basket - containing the rules of monastic life. Abhidharma-Pitika (Sanskrit) or Abhidhamma-Pitaka (Pali), or Shastras, or the Treatise Basket - containing the doctrinal commentaries, philosophical and technical works, such as discourses, discussions, or treatises on the doctrines, etc.

Tsong Khapa, Lama: (1357-1417) Founder of the Geluk tradition of Tibetan Buddhism, and revitalizer of many sutra and tantra lineages and the monastic tradition in Tibet.

Tusita Heaven: The fourth devaloka in the Realm of Desire. Its inner department is the Pure Land of Maitreya who like Shakyamuni and all Buddhas is reborn there before descending to earth as the next Buddha in our world.