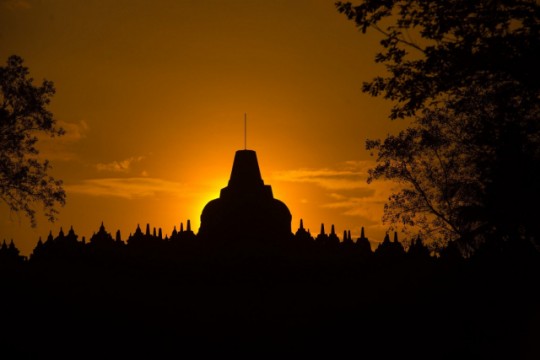 Thomas Aquanis defined a miracle as " whatever God does outside and beyond the order commonly determined or observed in nature". Buddhism would agree with this definition except that it would replace the word 'God' with the word 'mind'. The development and purification of the mind through ethical and meditational training can unleash powers not normally apparent which would usually be described as miraculous. The miraculous powers (abhinna iddhi /siddhi) often mentioned in the Buddhist scriptures, and sometimes manifested by the Buddha himself, include being able to multiply oneself, fly through the air, hear things over a long distance, read other people's minds, remember one's former lives and know how to destroy the defilements of the mind. Only the last three of these is considered to be important. There is little doubt that the Buddha had a cautious attitude to these and other miraculous powers. He pointed out that they could simply be due to magic or fraud rather than genuine spiritual accomplishments.

In the Vinaya Pitaka he made it an offence for monks and nuns who might possess such powers to exhibit them in public. When asked to perform a miracle in order to impress and thereby convert people, he refused saying that education was the greatest of miracles. Despite this he once praised a monk for using his psychic powers to rescue a child who had been kidnapped. So from the Buddhist perspective, the ability to perform miracles is not proof of holiness and it need not have a spiritual value although it may be used for the benefit of others.