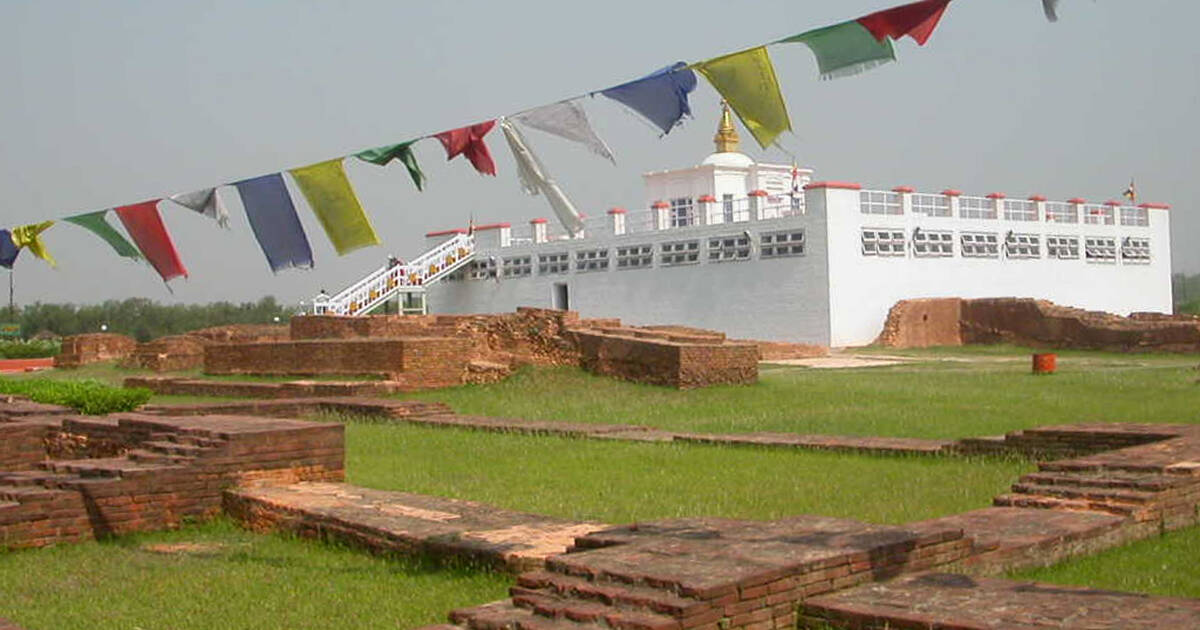 A pleasure garden in which the Buddha was born, situated between Kapilavatthu, his home town, and Devadaha. In 250 BC King Asoka came on a pilgrimage to Lumbini and raised a huge stone pillar with an inscription on it. From then until about the 10th century AD the place was popular with pilgrims but it never developed into an important centre of Buddhism. Lost in the jungle for a thousand years, Lumbini was re-discovered in 1896 by archaeologists. Today it lies within Nepalese territory, just a few miles from the border of India.