Lives of the Nuns

Dharma Data: Lives of the Nuns 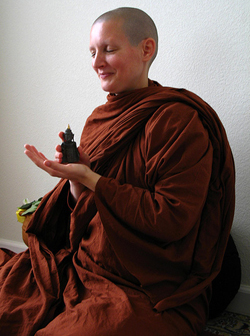 Although nuns played an significant role in the spread and development of Buddhism, few records about them survive. An important exception to this is The Lives of the Nuns (Pi-ch'iu-ni chuan) written in about 516 AD and later incorporated into the Chinese Tipitaka. The Lives contains the biographies of 65 eminent nuns who lived during Buddhism's first 400 years in China. Many of these women are portrayed as competent administrators, popular preachers and accomplished practitioners who earned the esteem of the society in which they lived.