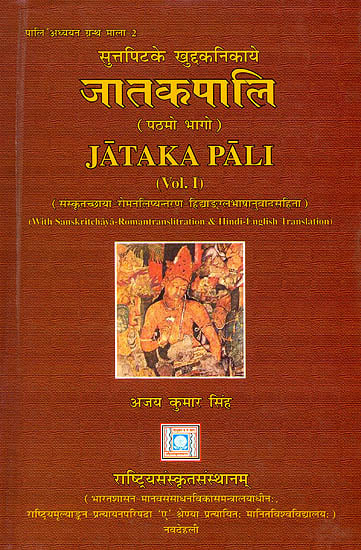 The name of both a book in the Pali Tipitaka and a genera of Buddhist literature. The name itself means "birth story". During the early spread of Buddhism, monks drew upon the vast store of Indian folk stories to illustrate points of doctrine, teach Buddhist values and to edify generally. To incorporate these stories fully into Buddhism the hero or heroine of each was said to be the Buddha in one of his former lives.

The oldest collection of these stories is the Pali Jataka, containing 547 stories in all, which was probably took its present forms by the 2nd or 3rd centuries BC. This is confirmed by the fact that many of them are illustrated in stone reliefs from Bodh Gaya, Sanchi and Bharhut all of which also date from before 150 BC.

The stories are of uneven quality, some are ribald, others puerile but the majority are entertaining and well able to impart the Buddhist values of generosity, honesty, gentleness and compassion. Many are also able to raise a smile on the face even of the modern reader. Being so popular the Pali Jataka was gradually re-written to accommodate changing tastes while new stories were composed to reflect developments in doctrine, particularly after the rise of Mahayana. Some of the earliest of these Sanskrit Jatakas are to be found in the Mahavastu. The other notable collection is the Jatakamala one of the great classics of Indian literature written in about the 6th century AD.