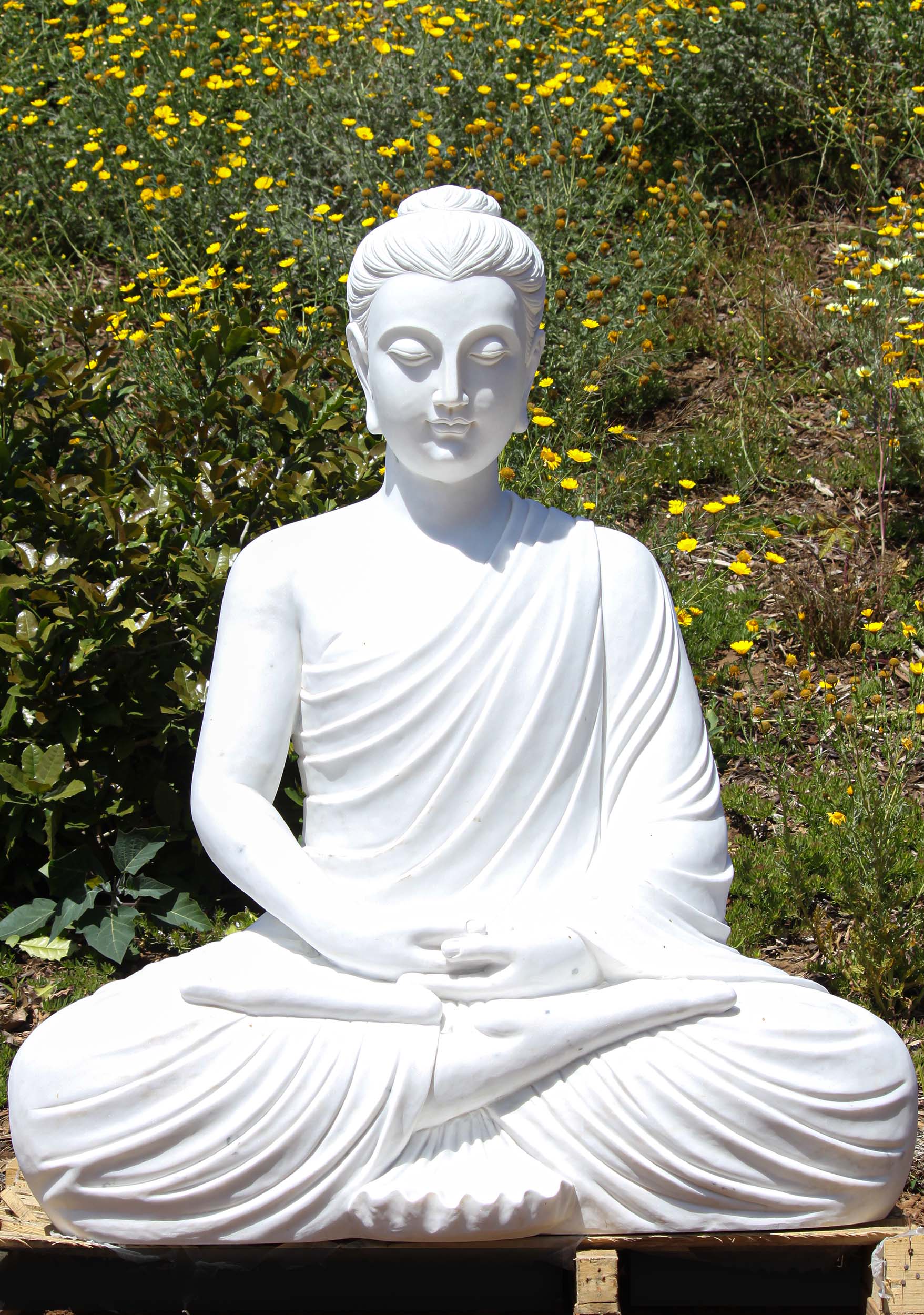 No representations of the Buddha were made for about four or five centuries. It is sometimes said that prior to this time it was 'forbidden' to make statues or pictures of the Buddha, but this is unlikely and there is no evidence of such a prohibition. A more likely explanation is that until then symbols of the Buddha (stupas, footprints, an empty throne etc.) and written descriptions of him were deemed sufficient. Whatever the reasons, the first Buddha statues were produced in about the 1st or 2nd century AD in Bactria (Afghanistan and northern Pakistan) perhaps as a result of Greek influence, and in Mathura. There is no standard way of representing the Buddha which may differ according to the artistic inspiration, the tastes or the iconographical canons of the different cultures in which they are produced. Some features however are common to most statues. The Buddha is depicted in one of several postures- standing, sitting in meditation or lying down. Statues sitting in the so - called 'Western fashion' are usually not of the Buddha but of Maitreya. Statues lying down are not of the Buddha sleeping, as is commonly supposed, but of him dying. The hands of the Buddha statues are shown in different gestures (mudra), each indicative of important things the Buddha did and which we should do also.

The hands nestled in the lap suggest meditation, held in front of the chest suggest teaching the Dhamma, one hand held up with the palm facing outwards suggests the giving of confidence or fearlessness. The ear lobes of the Buddha statues are nearly always shown elongated, this is indicative of renunciation in that while a layman, the Buddha wore large ear plugs which he stopped wearing when he became a monk, but which left his ear lobes stretched.

It is often said that Buddhists worship statues, in the sense that they believe that Buddha statues actually are the Buddha or that they have some inherent power. But such ideas are quite incorrect. Buddhists do not 'worship' Buddha statues any more than Christians worship the cross or Muslims the Kabba, which they face when they pray. Like the cross etc. the Buddha statue is seen as a symbol that can be seen as helpful in creating devotion, uplifting the mind and focusing attention.